In today’s early action it was a Group F battle between Argentina and Iran at the Mineirão in Belo Horizonte. Argentina broke many hearts as they beat Iran 1-0 from a 90th minute Lionel Messi strike. This sends them through to the second round and leaves Iran in 3rd spot of Group F but face a small chance of advancing as they need to beat Bosnia & Herzegovina next Wednesday. The Iranian side was well organised, well drilled and showed discipline and passion, trying to catch their opponents on the counter-attack. They defended incredibly well, limiting their opponents chances of scoring and creating chances of their own. Iran kept a clean sheet for 90 minutes and kept Argentina’s stars quiet, but they could not keep Lionel Messi at bay for the whole game as he ran past one defender and whipped a curling left foot strike into the bottom corner of the net, shattering Iranian hearts.
Ex Man Utd assistant manager Carlos Quieroz who is now Iran’s manager said “The referee and Lionel Messi made the difference today. I have nothing else to say.”

I believe Iran deserved at least a point from this game as they didn’t give Argentina a real chance to score until Messi’s goal, they created a lot of chances for themselves and should of also had a penalty. Iran made their country proud.
Also I find it unbelievable when people saw Messi’s goal and they say that’s why he is the best in the world. There is no doubt that it is a great goal but he played poor all game and only showed up when he scored, he played against Iran who are not a top team and you would expect any average team to beat them, so there is more that should be expected of him.
Argentina, just like France, need to face a top team to show they are contenders of winning the World Cup.

The evening game was Group G’s Germany and Ghana facing off against each other at the Arena Castelão in Fortaleza where Cup contenders Germany where held by The Black Stars to a 2-2 draw in a thrilling game. Germany are still in top spot of Group G with a more than likely chance of advancing, while Ghana would need to beat Portugal to a go through. The first half was a even contest between the two with both sides lacking creativity. But the second half was a different story as Germany took control and in the 51st minute there was finally a moment of quality when Thomas Müller puts in an inch perfect cross to Mario Götze who almost makes a mess of it and heads the ball onto his own knee but it flies into the net to make it 1-0. Only three minutes later the game evened out again when Harrison Afful delivered a delicious right wing cross which was met by a leaping Andre Ayew and his powerful header canceled out Götze’s goal. On the 63rd minute Sulley Muntari’s through ball caught out Per Mertesacker and Asamoah Gyan kept his cool and slotted it past Neuer to take a shock lead. Germany started to worry and nearly conceded again but they made big changes when they brought on Germany’s record goal scorer Miroslav Klose and Man United target Bastian Schweinsteiger. The substitutions made a big difference as the Germans took control again and in the 71st minute Benedikt Howedes flicked on Toni Kroos’ corner and Klose poked it in from close range to become tied with Ronaldo (Brazil) as the World Cup top scorer to draw Germany level. Both teams exchanged chances in the last 20 minutes but neither could convert.

Players like Mats Hummels, Toni Kroos and Bastian Schweinsteiger who have been strongly linked with Manchester United played in Germany’s draw with Ghana. All players played average with not much to show.

In my opinion Germany are still favourites to win the World Cup and will still advance despite drawing as the quality of their team is amazing and they play great football. I don’t believe Ghana will advance as they have to play Cristiano Ronaldo’s Portugal. Also I believe this was one of the best games of the tournament, the first half wasn’t great but the second was full of goals and chances.

The late game of the day featured Group F’s Bosnia & Herzegovina against African Champions Nigeria at the Arena Pantanal in Cuiabá. Bosnia were defeated 1-0 by Super Eagles Nigeria. This eliminates Bosnia from their first Major Tournament as they have lost their first 2 games in the World Cup. Nigeria are in 2nd spot behind Argentina with a great chance of advancing as Iran have to face Bosnia. In the first half Edin Dzeko is played through on goal by Miralem Pjanic and he calmly dispatches the ball into the net, only to find the flag wrongly raised for offside. Just before the half hour mark Emmanuel Emenike uses his pace and strength to get past Emir Spahic and leaves him eating the turf, and puts in a low cross which is converted by Peter Odemwingie from close range. Unlike the previous game against Argentina, Bosnia had a really poor defence but Nigeria still couldn’t convert more than one goal. Little happened for the rest of the game as no team could create a good chance to score until Dzeko’s shot from close range was saved in the 92nd minute.

Unlike the Germany – Ghana game before, this was a really boring game, the only highlights of the match was the goal and an ‘offside’ goal. I didn’t expect Bosnia to lose, Bosnia have lots of good players which I expected to better Nigeria who played really poor against Iran. I believe Nigeria will advance even though they have to face South American giants Argentina because Iran have to face Bosnia. Also Miralem Pjanic looks like a really prospect with lots of potential with a Pirlo like style of play, someone who I wouldn’t mind at Man United, anyone is better than Tom Cleverley. 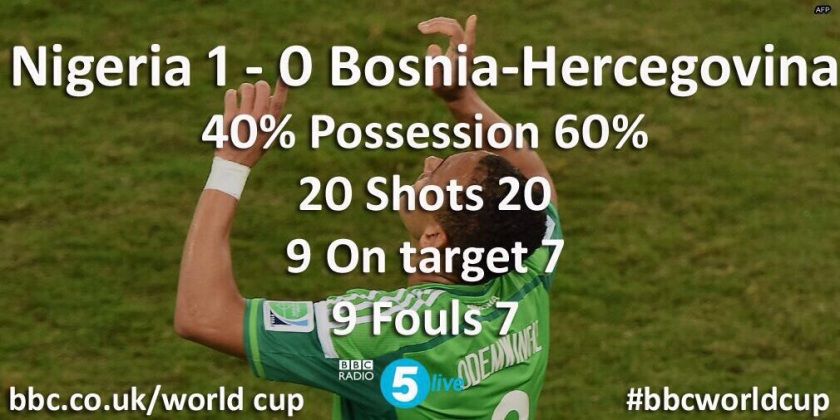 Meanwhile at Manchester United Antonio Valencia has surprisingly signed a three year contract extension with an option to extend, days after being linked to arch rivals Liverpool.
Assistant manager Ryan Giggs said: “I’m really pleased Antonio has signed a new contract. His contribution to the team since he joined the club in 2009 has been fantastic. Antonio is a very powerful player with great speed and versatility. He is very professional in his approach to training and I am delighted he has committed his future to the club.”

Valencia said: “My time at Manchester United has been like a dream come true. To be the first Ecuadorian player to win the English Premier League was a very proud moment for me and for my country. I am so happy to have signed a new deal and am looking forward to working with Louis van Gaal. There is great team spirit within the club and we are all determined to get back to winning ways.”

Personally I believe Valencia doesn’t deserve a new contract extension, his performances have not been good enough in the last couple of seasons and I was really surprised when I saw the news. He must of impressed Louis Van Gaal when Ecuador played the Netherlands last month, because I don’t know what he has done to receive a contract extension, he really needs to step up his game to prove he deserves it by improving his crossing, improving his left foot, defensive skills and he needs to be brave enough to run at a full-back. Valencia broke his ankle back in 2010 which could have been blamed for his performances when he returned but it is 2014 now so that is not an excuse anymore. Hopefully Van Gaal can turn him back into the player saw in 2009 where he received Man United’s Player of the Year Award in his debut season. 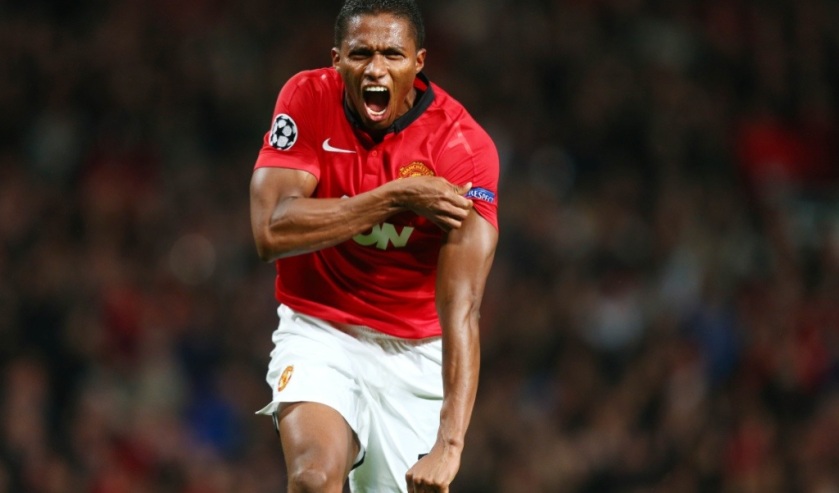